In the illustrious history of the Headies which is Nigeria’s biggest prize in music, the Best Album Category has featured a selection of some of the greatest albums in the history of Afrobeats. 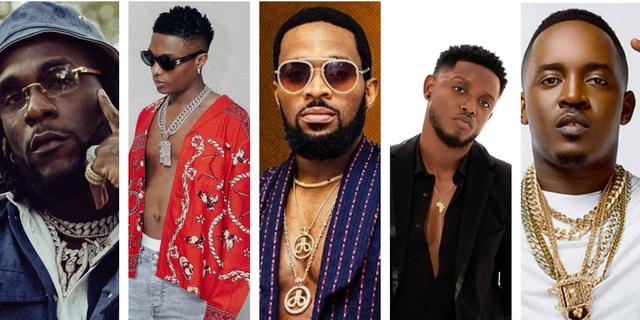 As is the nature of awards, some of the best bodies of work that have stood the test of time failed to take home the award for best album. In this article, we shall examine some of the greatest albums that failed to win the Headies Album of the Year category.

These albums achieved great success and wide acclaim, and they have aged well. In some cases, some of these losses are upsets. But in other cases, it’s just the case of two or three great albums in the same category at the same time, when only one can win.

Albums in question: PSQUARE – ‘GAME OVER’

Details: At the 2008 Headies Award, newcomer ASA took home the Album of the Year prize with her eponymous album ‘ASA.’

Quite frankly, if any of the nominated albums had won the award, there wouldn’t have been any complaints because they were all great albums.

The albums have aged well and they all remain a classic to this day amongst different generations of Afrobeats fans.

Album in question: D’BANJ – ‘THE ENTERTAINER’

Was it an upset? Absolutely not. ‘Street Credibility’ is a great album that raised the bar in terms of content, track selection, production, and sound engineering. It was surely a deserving winner.

Details: In 2009, 9ice won the Album of the Year with his album ‘Street Credibility’ which is considered by critics to be his magnum opus.

Under different circumstances, D’Banj might have easily won the award but ‘Street Credibility’ was too much of a force in the year in review.

Was it an upset: While 2baba’s status might have influenced his win, ‘Unstoppable International Edition’ was a quality album. It wasn;t outrageous that he won and MI was simply unlucky to be in the same category.

While 2 Baba might have been deserving of the award, MI’s ‘MI 2’ was an amazing album that enjoyed incredible success and opened Nigerian Hip Hop to new possibilities. Should MI fans feel hard done by the loss, their sentiments can be understood and tolerated.

Was it an upset?: It wasn’t. ‘Chop my Money’ was the biggest song in the country and the album recorded immense success. P-Square was just too powerful for Wizkid and Ice Prince.

Details: In 2012, P-Square took home the Headies Album of the Year award with their fourth album ‘Invasion.’ The album had smash hits ‘Chop My Money,’ ‘Beautiful Oyinye, and ‘Forever’ amongst other singles.

On the same night, two of the greatest albums in the history of Afrobeats – Wizkid’s ‘Superstar’ and Ice Prince’s ‘Everybody Loves Ice Prince’ lost to ‘Invasion.’

Wizkid’s debut album ‘Superstar’ was a great album and a defining point for Afrobeats. It enjoyed tremendous success and has gone on to become an all-time classic.

Similarly, ‘Everybody Loves Ice Prince’ was a career-defining album that took Ice Prince to the pinnacle of African music.

Album in question: PHYNO –‘NO GUTS NO GLORY (NGNG)’

Album that won that year: OLAMIDE– ‘BADDEST GUY EVER LIVETH’

Was it an upset?: Absolutely not. Olamide’s ‘Baddest Guy Ever Liveth’ was a deserving winner.

Details: At the 2014 Headies Olamide’s ‘Baddest Guy Ever Liveth’ took home the award for Album of the Year. It pipped Phyno’s ‘NGNG’ alongside Sean Tizzle‘s ‘The Journey,’ and Burna Boy‘s ‘Leaving An Impact for Eternity (L.I.F.E).’

Phyno’s ‘NGNG’ was a great album that launched and rocketed Phyno into superstar status. The album had hits like ‘Man of the Year, ‘Alobam,’ ‘Parcel,’ ‘O Set,’ and ‘Ghost Mode.’

‘NGNG’ raised the bar for Igbo rap and turned Phyno into a sensation whose music defied language barriers. The album has gone on to become a classic and one of Nigeria’s defining Hip Hop albums.

Was it an upset?: No it wasn’t. Brymo never really stood a chance of winning as his album wasn’t as mainstream, commercial, and as impactful as Simi’s ‘Simisola.’

Details: At the 2018 Headies award, Simi’s ‘Simisola’ took home the Album of the Year award defeating Adekunke Gold‘s ‘Gold,’ Flavour‘s ‘Ijele the Traveler,’ and Wizkid’s ‘Sounds from the Other Side,’ and Brymo’s ‘Klĭtôrĭs.’

Brymo’s ‘Klĭtôrĭs’ failed to win the award despite its daring uniqueness and quality. While both Simi’s ‘Simisola’ and Brymo’s ‘Klitoris’ employ elements of highlife and alternative folks respectively, Simi’s album was far more successful and impactful.

And the album came at a time when the Headies Academy was rebranding the award so that it leans more towards impact and success rather than mind blowing content and imposing quality. Unsurprisingly, on the same night, ‘Simi’s’ ‘Joromi’ off the ‘Simisola’ album took home the Record of the Year Prize.

Perhaps someday the Headies Academy will evolve to a point where content and quality are placed above impact and commercial success. If Bek could win the Album of the Year over Beyonce and Jon Baptiste could beat Billie Elish, Taylor Swift, and Lil Nas X at the Grammys, then maybe we are getting closer to a Brymo Album of the Year win.

CHIKE – ‘BOO OF THE BOOLESS’

Was it an upset?: On paper, it’s surely an upset but when we consider the momentum Fireboy was enjoying at the time then it might not be much of an upset.

A case can be made for all three albums as each of them was very much deserving of the award. ‘African Giant’ was not only a tremendous success but it also lifted Afrobeats to greater international heights.

Chike’s ‘Boo of the Booless‘ enjoyed a fine run as it wowed listeners with its choice content and exquisite delivery. The album defid language and geographical barriers and became a classic in the history of R&B in Afrobeats.

‘Yellow’ is Brymo’s most commercial album and it further endeared him to a growing audience that has come to acknowledge and accept him for the genius he is. The album is remarkable and it stands tall amongst the best Nigerian albums to be released in the last decade.

Krispel – Lets Get it Goin

ALBUM: Summrs – Stuck In My Ways