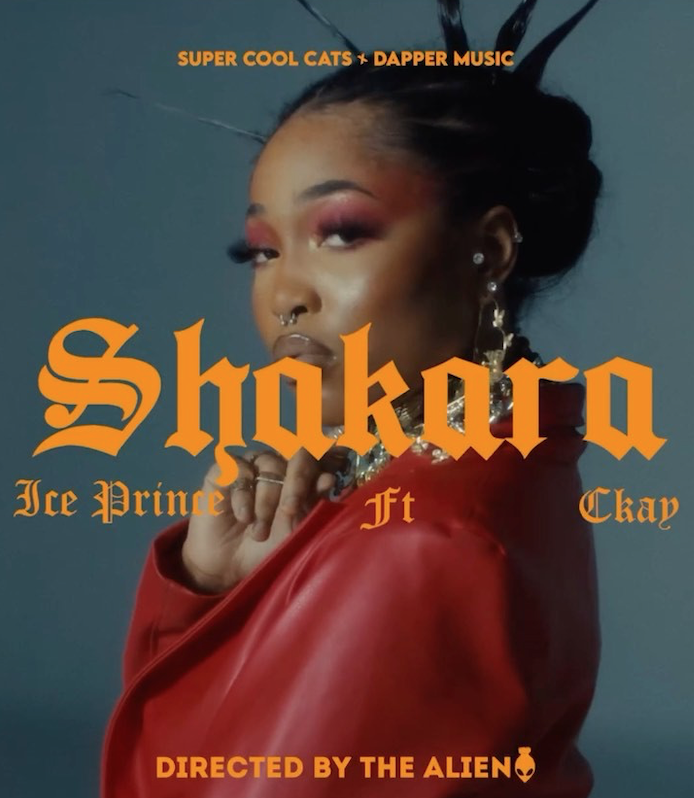 IcePrince and Ckay teamed up to deliver this addictive tune – “Shakara”, produced by Blaise Beats. The song is the rapper’s second official single in 2021.

With the release of this music video the song is now No.24 on Nigeria’s trending list and it’s back on music charts, slowly finding its way to Top 10.

Watch and Enjoy The Alien directed visual below; EMPIRE and NORTH Production Release The Official Video For The Hit Song Kwaku The Traveller by Black Sherif.

Black Sherif is not just a musician, but a passionate one at that. You can tell from the way he embraces his lyrics and coins his words, although they are mostly in his native language. This is also evident in his new track titled, “Kwaku The Traveller”.

Remember you know a traveler
The name is Kwaku the hustler
He’s been far away chasing guallala
I’ll be back again bro, meka menan
I swear on my life
I know you miss me i know After a long time, Mavins, the Leading Nigerian Music company owned by Don Jazzy, joins forces with its artists to present a hit song labeled ” Overdose “. This comes to be only days after the company celebrated its tenth year in the Nigerian music business.

The last time we got an all star song from Mavin was in 2019 when the label released ‘All Is In Order‘ featuring Don Jazzy, Rema, Korede Bello, DNA & Crayon. To celebrate Mavin @10, Don Jazzy decide to bless music fans with an Overdose tune.

For y’all that have being requesting for a new All Stars song, Mavin don come back again and Here is “Overdose” featuring Mavin’s new additions; Ayra Starr, Magixx, Boy Spyce and 2 of the label’s OGs; Crayon & Ladipoe. Listen, get, share and have fun with it! Sampling the massive Toni Braxton hit song ‘He Wasn’t Man Enough‘, this already catchy tune — which addresses the singer’s past relationships, deals with his feelings, at the same time, encourages all and sundry, that at the end of the day, everything will be okay — is shrouded in raw, authentic and original visuals that are directed by Burna Boy himself.

Produced by the masterful Chopstix, ‘Last Last’ which captures Burna Boy’s new sound as he turns the page on a new musical era, arrives alongside an iconic video directed by Burna Boy himself, shot at his home amongst other handpicked locations chosen by the singer, in frames that further showcase this fierce, increasingly-fearless performer who is quick to reinvent and live out his vulnerability amidst a thoroughly modern, authentic style.

Thrilling, unapologetic and liberated, ‘Last Last ’ is an anthem blazing forth in catchy sounds and musical phrasing that is a testament to Burna Boy’s extraordinary journey up to where he finds himself now — a state of mind which in many ways, has been a beacon of how far this artiste has evolved. Burna Boy who sings with startling candour on broken hearts, mistakes and consolations in a playful yet impactful sound that has become his very own soundtrack. The calling card of ‘Last Last’ is the brusque, street charm that hides in plain the depth of its message.

Chopstix who curates this unflinchingly honest and earnestly positive sound makes “Last Last” a different version of the Afrofusion music that the African giant is used to putting out. Resolutely single-minded in telling his story with these arresting visuals, Burna gets the job done and cements himself as one of the most exciting and consistently great talents the continent has produced. As this massively talented artiste continues to navigate the music world without missing a beat, displaying the richness and honesty that sets him apart from the music tribe.

Now joining the pantheon of international music greats, the Afrofusion Star’s tireless energy, positivity and drive were never going to allow him settle for anything other than great expectations.

Listen to “Last Last“, Watch the accompanying visuals below and on all digital streaming platforms HERE.