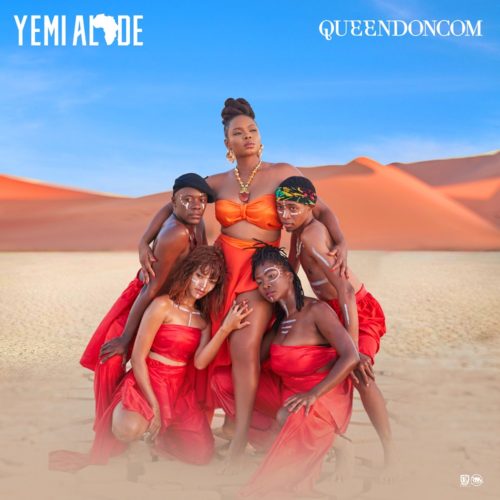 After the successful release of the singles, ‘Enjoyment’ and ‘Ogogoro’, Yemi Alade finally drops Queendoncom EP.

Effyzzie Music singer/songwriter Yemi Alade follows up her 2020 “Empress” album with the release of her much-anticipated extended playlist “Queendoncom”.

EMPRESS is the Fifth studio album by Afropop Star Yemi Alade. The Album is released by Effyzzie Music Limited. The album also features songwriting and production contributions from Vtek Da Awesome, Egarboi, Jimmy Huru, Yung Felix, among others. The project shows off a versatility only she can bring. She taps into dancehall with Patoranking on “Temptation”, delivers smooth R&B alongside Grammy-winning British singer Estelle on “Weekend” and sings gospel with the raved Mzansi Youth Choir on “Rain”.

“Empress” album reseals Yemi Alade’s stake as the undisputed Afropop Queen, stamping her mark on the genre while growing her sound. The 15 track set is crafted with rich elements of Afro-pop, highlife, soul, coupe decale, gospel, and dancehall to make the listener move with reckless abandon.

Yemi Alade is currently set to embark on the U.S leg of her Empress World Tour, and tickets are already up for sale.

Related Topics:QueendoncomYemi Alade
Up Next

[Album] Laycon – “I Am Laycon” (The Original Soundtrack) Album 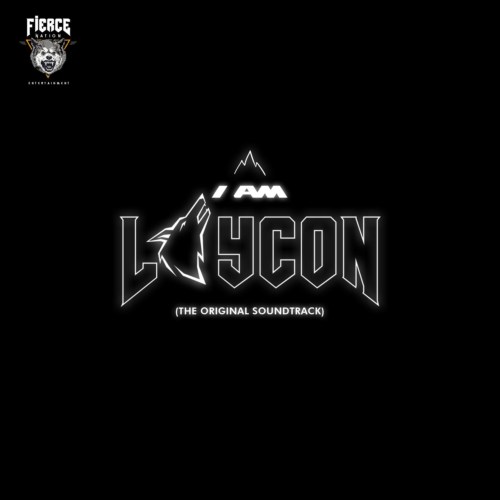 Laycon comes through with “I AM LAYCON” album, A connection to his debut project- Who Is Laycon The EP?

Multi-talented rapper, Laycon drops his sophomore album titled “I Am Laycon“. A project which houses 10 track with 2 guest acts, that serves as a follow up to his debut album- ‘Shall we Begin..‘

Laycon is a Lagos born and bred artiste who is signed to Fierce Nation entertainment. Laycon started out his musical journey very early, developing his art from Secondary school. He got introduced to Hiphop and rap music and later on crossed over to other genres of music. He says about his musical style “I diversify my creativity as much as I can and strive to get more versatile. I can rap and I can sing. I also play some music instruments so I’m a mixture of everything“.

Laycon’s consistency and creativity was noticed by several record labels and in late 2018 he signed to Fierce Nation, a budding record label known for their positive work with several young, talented Nigerian creatives. In the second half of 2019, Laycon put out two weekly visual project, titled “Any Given Monday I & II” which were compliments to his first label single release ‘Fierce’ featuring Chinko Ekun & Reminisce.

Laycon kicked off 2020 with his much anticipated “Who Is Laycon” EP, released on April 2020. He won the Nigerian Big Brother TV show in 2020 and also starred in his own reality show ‘I Am Laycon’, which became the most streamed show on the Showmax platform.

Today, He drop an album titled “I Am Laycon” (The Original Soundtrack for his reality show)

Operating at the intersection of his personal life and involvement in reality shows, Laycon’s sophomore album I Am Laycon reflects his learnings, mood and outlook.

Relaying an array of experiences through expressive lyricism, the project soundtracks a rising star’s journey. While “Underrate” is a peppy Afrobeats jam celebrating progress, Laycon’s versatility shines through on the airy, confessional “Monrovia Hf-531” and the trap-leaning “Love and Light”.

Listen and Enjoy “I Am Laycon” Album below

STREAM On All Digital Stores 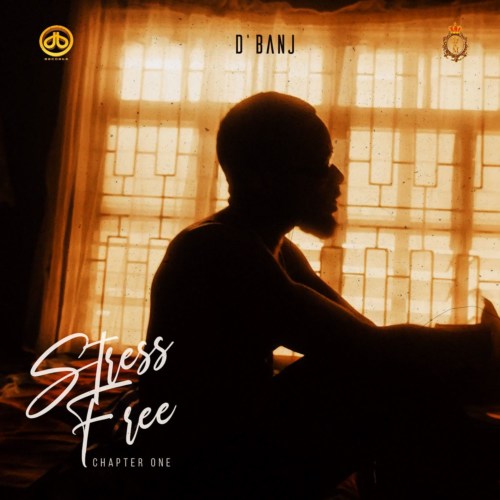 According to Apple Music, Nigerian Afro star D’Banj emerged in 2005 with his debut album, No Long Thing, which he released in conjunction with business partner/producer Don Jazzy on their Mo’Hits label.

Born Oladapo Daniel Oyebanjo in 1980 in the Nigerian city of Zaria, D’Banj learned how to play the harmonica as a teenager in honor of his older brother, who died in a plane crash at the age of 17. His love for music eventually led him into a partnership with Don Jazzy, a producer he met in London with whom he would later return to Lagos and begin his recording career.

Led by the single “Tongolo,” No Long Thing presented a slick mix of urban dance pop and Afropop with which D’Banj would find great success over the next several years. As an entrepreneur, he and Jazzy signed other up-and-coming Nigerian pop acts to their label and, in 2007, formed the collective Mo’Hits All-Stars, releasing a handful of hit singles featuring D’Banj as its star act.

In 2010, D’Banj began collaborating with American artists like Snoop Dogg and, in 2011, signed a deal with Kanye West’s G.O.O.D. Music label. That same year, D’Banj scored a major hit with his single “Oliver Twist,” which topped a number of African charts and fared well in the U.K. and Europe as well. Prior to dissolving his partnership with Jazzy, D’Banj began working on a massive compilation album which would eventually come out on his new venture, DB Records. Titled D’Kings Men, the album was not a proper D’Banj solo release though he was heavily featured on numerous singles alongside numerous African artists and American guests like Big Sean and Kanye West. A pair of 2015 singles — “Feeling the Nigga” and “Frosh” — found D’Banj collaborating with Akon as his music continued to veer more toward an urban hip-hop sound. The songs were also featured on the visual EP, An Epic Journey, which D’Banj released song-by-song as a series of videos. Two years later, he returned with the album, King Don Come.

Today 1st of October, 2021, He returns with a new album titled “Stress Free” (Chapter One). 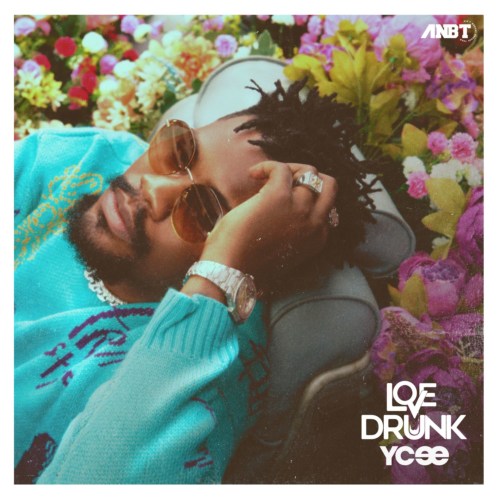 YCee returns with not just a new single but a mini project, an EP titled “Love Drunk”.

According to the rapper, “It’s been 2 years since my last body of work and now I am more than excited to finally share with you all my brand new EP #LOVEDRUNK featuring collaborations with @dwillsharmony @patorankingfire and production credits from @smyleymusic @itsadey @atgmusick @guiltybeatz and @cteabeat all tracks mixed and mastered by @michael_synx ”

On Love Drunk, Ycee memorialises the differing phases of a blossoming romance with focused reflection. Eschewing the stylistic pluralism that defined 2019’s Ycee Vs Zaheer, the Afro-fusion star settles on a minimalist pairing of neo-R&B and Afrobeats influences that complement his breezy lyrics, creating an immersive universe built around electro-influenced beats (“Abeg”) and smoky drums (“Anymore”). Across the project, Ycee (Oludemilade Martin Alejo) details his storytelling with pointed clarity, pondering forgiveness on “My Ways” while gently riding the smooth waves of “Intentionally” to promise total devotion to a romantic interest and celebrating the warmth of love with a funky essence on “West Indies”. The mood here grows more intense, giving way to the braggadocious confidence of “Nu Riddim” and a sweltering reunion between Ycee and Patoranking (“Aunty Lovina”) that closes out the project.

Ycee’s soothing voice is at its most urgent, guiding a sonic odyssey that meanders between the grieving ache of heartbreak, the lonesome anxieties of separation and, ultimately, the bliss of reconciliation.

Listen to ‘Love Drunk’ EP below