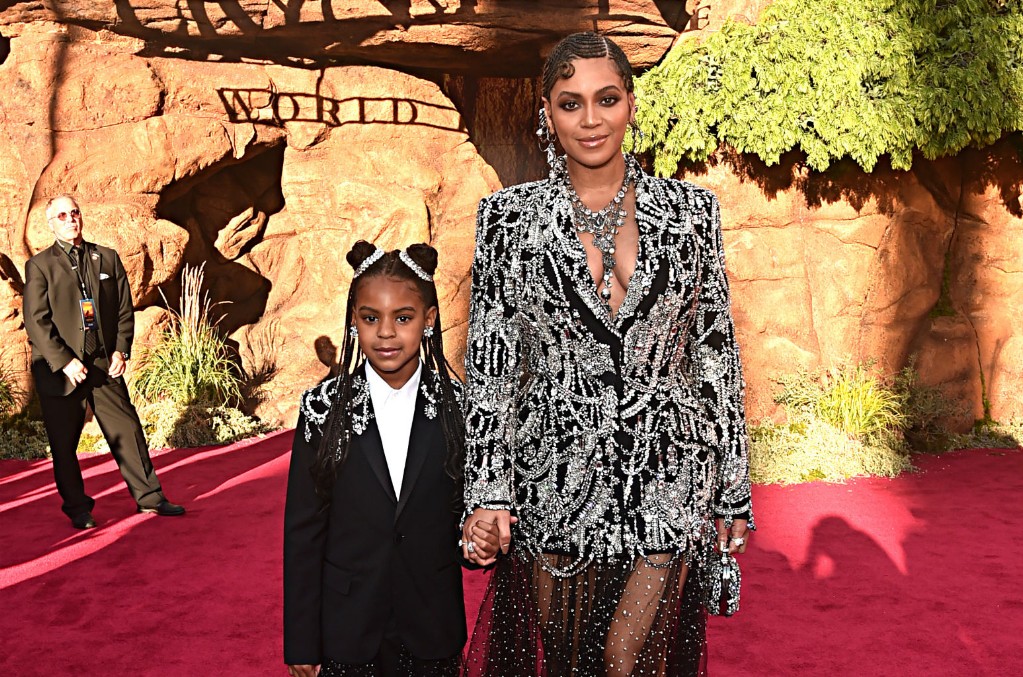 Beyonce may be one of the most talented stars in the world, but when it comes to being a comedian, those closest to her aren’t as impressed.

The superstar, who participated in mom Ms. Tina’s Celebrity Corny Jokes segment during the virtual Where Art Can Occur celebration Saturday (Sept. 19), tried get some laughs but fell short, as far as her mom Tina Knowles-Lawson and daughter Blue Ivy are concerned.

“Why does Snoop Dogg need an umbrella?” the 24-time Grammy winner asks with a deep voice, going casual with a makeup-free look and black hoodie, in a home video posted to WACO’s Instagram account.

“Fo’ drizzle,” Bey finishes her joke, playing on the rapper’s catchphrase “Fo’ shizzle, my nizzle,” as she glances at Blu and giggles. “For drizzle.”

The video then flashes to a voice note from “Tina the Savage.” “Hi, Bey. I really appreciate you doing this joke because I know how busy you are, but can’t you like … will you just put on some makeup and get in some good light and stuff, cuz you … it’s the gala, girl!” points out Knowles-Lawson, who recently revealed that “Beyonce” is actually her maiden name. “All right, call me back.”

Another star who offered up a corny joke for the event was Megan Thee Stallion. In a video Knowles-Lawson shared on her own Instagram account, the “Savage” artist jokes: “Why did the golfer bring an extra pair of pants? Because he got a hole in one!”

Watch the hilarious videos below!