14 Nigerian Songs You Should Listen To This Week - BeatAfrika 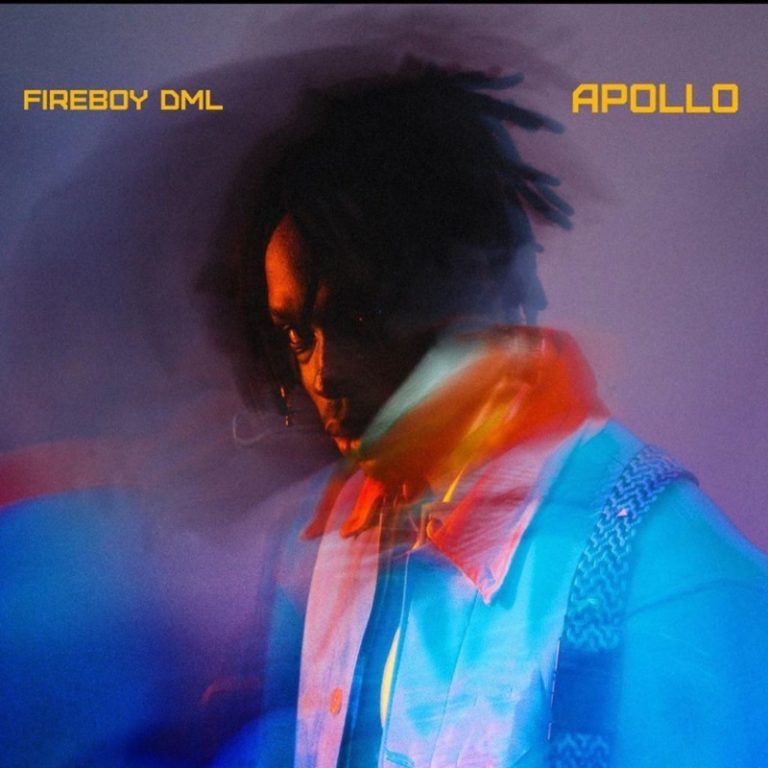 In this week’s episode, DJ Cuppy, Cheque, Adekunle Gold, Davido, Jamopyper, Patoranking, Olamide, Ice Prince, Omah Lay, DJ Tunez, Tiwa Savage, Fireboy… made the list. On this episode of Naija songs you should listen to for the week, we’ve got tracks from the newbies shaking the music scene and some of the OGs. Here’s our round-up of the best tracks that came across our desks.

To prepare fans for his third studio album “THREE,” Patoranking released “Abule” which documents his experiences and stories in the hood. The award-winning afro-dancehall artiste’s track is a simple celebration of his neighbourhood in, Ebute Metta, Lagos, The Niger Delta, and of hood worldwide.

Premiered via Beats 1 Radio with Ebro, the track’s top-notch production and catchy hook make it easy for summer listening and partying. The dancehall-inspired track also comes with an Afrobeats vibe, which has become the singer’s signature sound. Listen and Enjoy!!

Released off his debut EP, “Razor,”  Phyno’s protege “Zoom” is one of the top tracks in the country at the moment. On the track, Cheque impresses with his lyrical and vocal delivery. He talks about his journey as an artist and always wanting to zoom off when bad energy sets in. “Bad energy I zoom, zoom, zoom, I’ll be on my way like I’ll be coming soon”

Released off his buzzing “Afro Pop Vol. 1” album ‘Pretty Girl’ is an exceptional track, Adekunle Gold teamed up with sensational Reggae/Dancehall act Patoranking for this bopping tune dedicated all the Pretty girls in the world. “Eh eh, Pretty girl, You wanna break your back on a dance?song, Eh?eh, Pretty girl, Shey your?mama know say you don spoil, Eh?eh, Pretty girl”

Jamopyper – “If No Be You” ft Mayorkun

No 5 On Naija Songs This Week,  after making his debut on Zlatan’s hit song “Unripe Pawpaw“, he proved his talent and vibe on another street hit song ‘Of Lala‘ released for Rahman Jago alongside Zlatan. He also captured the attention of fans with his contribution to the buzzing Zlatan joint ‘Shomo‘. Jamopyper continues to impress as he released a smash hit which features industry heavyweight, Mayorkun. This track was released based on high demand from fans. Listen and Enjoy!

Tiwa Savage surprised her fans again with another single after the release of “Dangerous Love,” an addictive Afrobeat tune that talks about how love is a risky adventure, a blend of excitement and yet uncertainty and fear. However, Tiwa Savage takes things to another level with Koroba as she throws heavy shade to Nigerian politicians and also to her naysayers. It’s got a groovy feel and catchy lyrics.

Wizkid, Adekunle Gold, and Omah Lay need to be protected at all costs because they could be arrested for murdering this song. This was the collaboration we never knew we needed because its a huge hit. The track produced by Blaise Beatz is a perfect blend of Afrobeat and the raving Bop sound.

‘You & Bad Influence‘ crooner Omah Lay starts the record with his cool hypnotizing vibe as Wizzy baby took over to show he is still the Daddy Yo that makes ladies Manya. AG Baby on his own part brought the Chemistry between him and Blaise Beatz on his hit song ‘Something Different’ (which we all loved) into play to spice up the new record and turn it into a Bop jam. Stream this song for clear skin!

Omah Lay – “Bad Influence”
With just one EP, Omah Lay has continued to capture the hearts of millions of music lovers. “Bad Influence“ is still receiving massive streams on all streaming platforms even after 4 months. It’s about a love story that ended in tears. Omah curses his lover for being a bad influence on him and also for leaving him lonely and bitter. This is one experience most people can relate to which makes it more exciting to listen to.

Olamide – “Eru”
Taking a break off the music scene after the release of the album “999,” YBNL Boss, Olamide returned with an impressive tune titled “Eru“. This tune is an Afro-Rap-Pop record with quality production from P.Prime. Baddo Sneh came through to prove he still has the bangers in him as this song will make you Manya, lose some control. Listen & Enjoy!!

Patoranking teamed up with Flavour of Africa (Ijele) to deliver this wonderful love song titled “Mon Bébé“. This track produced by Telz (aka FunKula) is the first track on Pato’s newly released album- “THREE” which is his third studio album.  It’s a love song dedicated to a woman who happens to be his Mon Bebe which is the French word for “My Baby”

Released off his sophomore album “Apollo” after the success of “Laughter, Tears & Goosebumps,” the YBNL act recruited American Rapper, D Smoke to take his place as the best artsite that his generation has ever produced. He reminds everyone including his haters that he’s a King, a champion, and a legend in the making in the chorus. it’s a motivational track to remind us that everyone is a king in their own right.

Ice Prince and Tekno blessed the ears of fans with the hit “Boss” back in 2015 and now, they’re back and better with “Make Up Your Mind“.  “Make Up Your Mind” is a dope jam with an addictive melody and banging beat which has good content/story-line. Zamani who likes to tell stories with his rapping skills shares drops gems as usual and Tekno switched up the track with his captivating vocals.

Related Topics:Songs you should listen to this week
Up Next 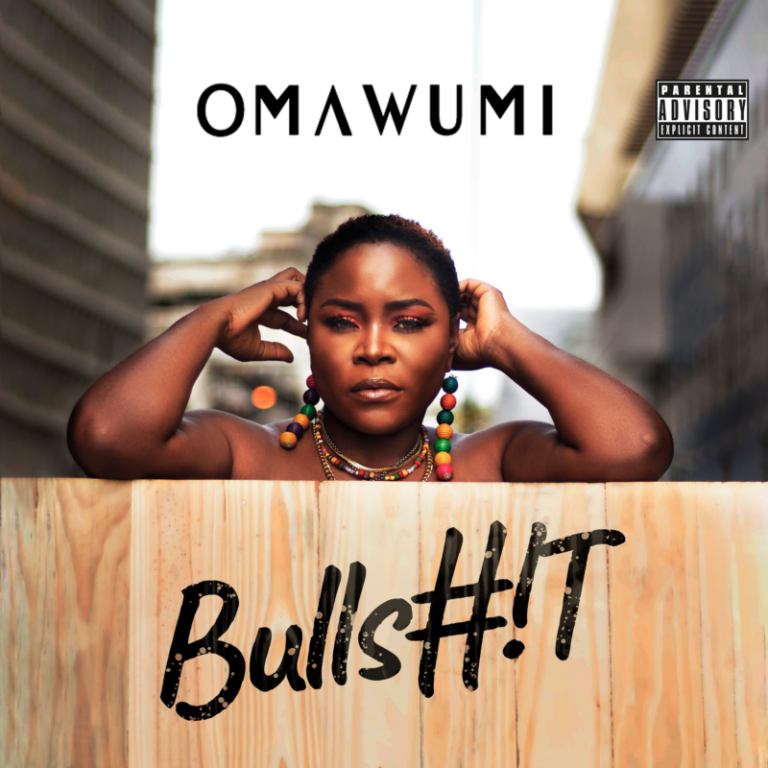 Omawumi Have Got Some Bullshit for music lovers, This A New Song Alert!!!

After such a Bullshit year that 2020 was, Omawumi is taking a bold step and helping every Nigerian speak up on the uncomfortable truths we are all currently experiencing. She is doing this with her new single titled “Bullshit“. Bullshit is a very melodic thought-provoking song that vocalizes the struggles and plights of everyone. It is a song for everyone. Are you not tired of the Bullshit?

Omawumi is a Multi-talented Nigerian singer-songwriter and actress rose to prominence as a contestant on Idols West Africa. She released her debut single “In The Music” in 2008 and has had numerous performances on the stage with musicians such as P-Square, 2face Idibia (2Baba), Phyno, D’Banj, Banky W, M.I, Sasha, 9ice, and many more. She has albums; Wonderwoman, The Lasso of Truth and In Her Feelings. The last, ‘In Her Feelings’ embodies tracks of multiple genres which include ‘For My Baby’, ‘Mr Sinnerman’, ‘Away’, ‘True Loving’, ‘Tabansi’ and ‘Green Grass’.

The new 2021 single – “Bullshit” is produced by Magical Andyy. 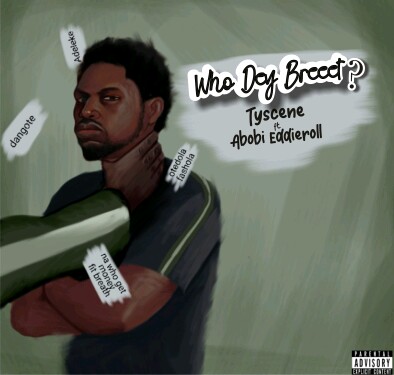 John Precious Funpere best known as Tyscene is a multi talented rapper who hails from Delta State Nigeria, He has been in the music scene since 2015 which he released his first single titled FROM THE BOTTOM and later moved on with other studio records like BUDDY BANG, ALOU-MOR, WAYO, ISSUE, BLOODLINES, FOR LIFE, LORDS PRAYER, WAIT, SUPERMAN, CHUN-LI, and many more.

Tyscene also released an EP titled SCENE1 back in 17,OCT,2018 and has also worked with art’s in the likes of Lil Tush, Janzzi, Quiries, Trap King, Stainz, and many more.

Last year the rapper dropped his a hot joint CHUN-LI which he featured yentown award winning disk jockey Dj MFlash, but right now the kind of sound the industry wants led to his collaboration with street hop star Abobi Eddieroll tagged #WhoDeyBreet? this not just a track but a question to the audience.

Stream on all platforms