“Make Up Your Mind” performed by Ice Prince and Tekno… Africa’s top hip-hop act,  Award-winning rapper Ice Prince Zamani who has gained phenomenal success in Africa, entertainment, and beyond, through his unique brand of Hip Hop music employs the services of African Pop star – Tekno for this new banger! which serves as his official single for 2020

Ice Prince, born Panshak Zamani, is a Nigerian hip hop recording artist and actor. Most recently, he signed a recording deal with American Label 300 Entertainment. Ice Prince rose to fame after releasing “Oleku“, one of Africa’s most remixed songs of all time.

His musical career from that day forward would never be the same. In 2009, he won the Hennessy Artistry Club Tour, leading him to be critically acclaimed as one of the hottest African rappers in the game and cementing Ice Prince’s global brand as an artist. Since then, Ice Prince has collaborated with many industry heavy hitters globally including: Major Lazer, French Montana, Wizkid, Wale, Jeremih, Davido, MI, Don Jazzy, Tiwa Savage, Jidenna, Gyptian, Krept & Konan, Sarkodie, AKA, Robbie Celeste, and more. In 2015, Ice Prince was featured as a performing artist for the Global Citizens Festival in Central Park, NY.

Ice Prince’s talent is undeniable. He has won and been nominated for over fifty musical achievement awards, including the BET Awards, MTV Africa Music Awards, MOBO Awards, Channel O Music Video Awards, The Headies Award and the Ghana Music Award, amongst numerous others.

Ice Prince and Tekno who had bless burst our speakers with their first team work on the song ‘BOSS‘ returns with another potential hit. “Make Up Your Mind” is a dope jam with an addictive melody and banging beat which comes a good content/story-line. Zamani who tells stories with his rapping skills shares another important one… ENJOY!!! 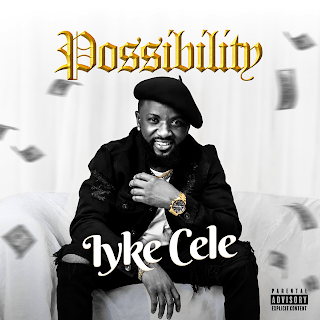 Tokindrumz Management is proud to announce the release of “Possibility” by afro-pop/hip-hop singer and songwriter, Iyke Cele.

“Possibility” is Iyke Cele’s first musical release of 2021. The song is a love song and Iyke Cele speaks about the depth of his feelings for a lover and how he envisages a relationship blooming. It captures the essence of his love interest, her feminine features, and charms that have him smitten and eager to have mutually satisfying relations.

As always, Iyke Cele does not hold back employing his signature sound on this new song. For fans and newbies alike, the upbeat song is a delightful listen and is sure to keep many a player on repeat for the long haul. Love really is in the air!

The highly anticipated Baddest Boy Remix is Out, and Skiibii x Davido delivered a smash hit!

Skiibii teams up with Davido to bless music fans with the remix of his 2021 track titled “Baddest Boy“, produced by Runcheck.

The song is a follow up single to Skiibii’s previously released 2021 singles; ‘Are You Vhere‘, Produced by Fancy Beat and Rexxie, which is a mid tempo Afro tune with some element of the latino and Amapiano sound. A cool vibe that y’all can use to catch some cruise among peeps. And ‘Bygone‘, a song that had him trapping about Bad Energy, Vibes and Killings. Also Forgetting the evil that men do, what happened yesterday and focusing on the present and future.

Baddest Boy is off Manya’s latest project- GOD IS BIGGER THAN MAN. On the EP, singer Skiibii fuses Afrobeats, R&B and hip-hop rhythms to capture his various thoughts, qualities and moods. “If I no like am, omo I go tell you,” he sings on the infectious “If I Ever”; “’cause my feelings don’t lie.” The EP’s centrepoint “Ma Doubt E” features Zlatan Ibile, who makes a blistering turn on the energetic record. Alluring melodies abound as the vibrant “Money Calls” infuses lively instrumentation before giving way to the brooding bassline of “On G”.

The announcement of this remix featuring Davido brought the original track back on top 20/10 music charts and also certified playlist. Davido’s influence of tracks shows truly he is The Baddest!!!

Listen and Enjoy the Remix below;

“HIGH” released in 2021, is an infectious Afro-Pop and Amapiano tune produced by Pheelz (Mr producer, Riiiii). A follow up to AG Baby’s previous singles; ‘Sinner‘ & ‘It Is What It Is‘.

Adekunle Gold is a Nigerian born and bred singer-songwriter based between Lagos, Nigeria, and Los Angeles, CA. He gained recognition from his very first release, “Sade,” a love song which sampled instrumentals from One Direction’s “Story of My Life.” Just two weeks after the release of “Sade” on December 19, 2014, Adekunle was contacted by one of Africa’s biggest acts, Olamide, to join his music imprint for two years, YBNL. Since then, Adekunle has released 3 albums: Gold (debuting at #7 on the Billboard World Albums Chart), About 30 (shortlisted for the GRAMMY Best World Album), and AfroPop Vol. 1 with the global hit record “Okay” and “Something Different.”

This new song, MERCY is a pop record that comes with Baba Fryo’s Denge Pose vibe. On it Adekunle Gold prays for God’s mercy in order to identify fake friends with fake love and overcome his enemies.