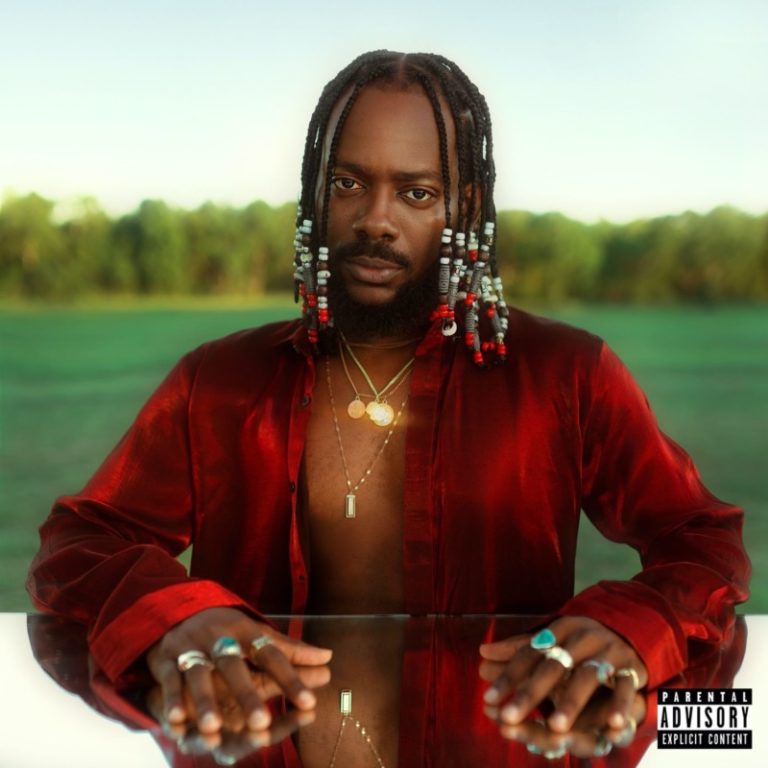 One of the industry’s anticipated album – “Afro-Pop Vol. 1” by singer Adekunle Gold is finally Out! The Afro Pop Vol. 1 music project is a 10 track body of work, a diverse take on pop music.

We’ve watched the former YBNL act shake the industry with amazing tracks like “Sade,” “Orente,” and “Pick Up,” so it is accurate to say that he has had an amazing journey so far. Showing us a different music side of him and that growth has taken place, in recent time Tracks like “Kelegbe Megebe,” “Before You Wake Up” and “Young Love” have prepared fans for what to expect in the coming days.

So far so good 2020 has been bopping for Alternate singer Adekunle Gold who kicked off the Year with ‘Jore’ featuring Kizz Daniel and followed up with ‘Something Different’. ‘Jore‘ was produced by Pheelz and Major Banks, two hit makers. The intro of this song alone will melt your heart, AAAGBaby and Vado‘s combination was a bomb! “Something Different” was different from the usual alternative sound that we are accustomed to getting from him. It’s was a blend of highlife and Afropop with a dash of highlife, jazz and Bop, produced by BlaiseBeatz. Adekunle shows a more sexy side that’s bound to get the ladies talking again as he continues to woo his lover in a more sexy and subtle manner. “AG Baby” is another banger that strike at first listening and turn into an Instant hit. It shows Adekunle Gold is a full talent thats good with experiment. This was another Bop Jam!

Without much delay Adekunle Gold introduced his new album – “Afro Pop Vol. 1” to serves good pop sound back to back. The new project his third studio album, a follow up to ‘Gold’ and ‘About 30’. On this new body he work it some of our favourite Nigerian A-list artiste… See Track-Listi ng below

According to the multi-talented act, ‘Afro Pop Vol. 1 is a diverse take on pop music. It encompasses all genres, heavily influenced by my afro roots‘.

Multi talented late American rapper, singer, and songwriter. He was considered by many to be the face of Brooklyn drill. Born and raised in Canarsie, Brooklyn, Pop Smoke began his musical career in late 2018 with his debut single “Mpr“, Pop Smoke comes through with his much anticipated album collection titled “FAITH“.

‘FAITH’ is the studio collection by the sensational singer, and he has been teasing and talking about it.

This album is an impressive one that will surely be worth a place on your playlist if you are a lover of good music. 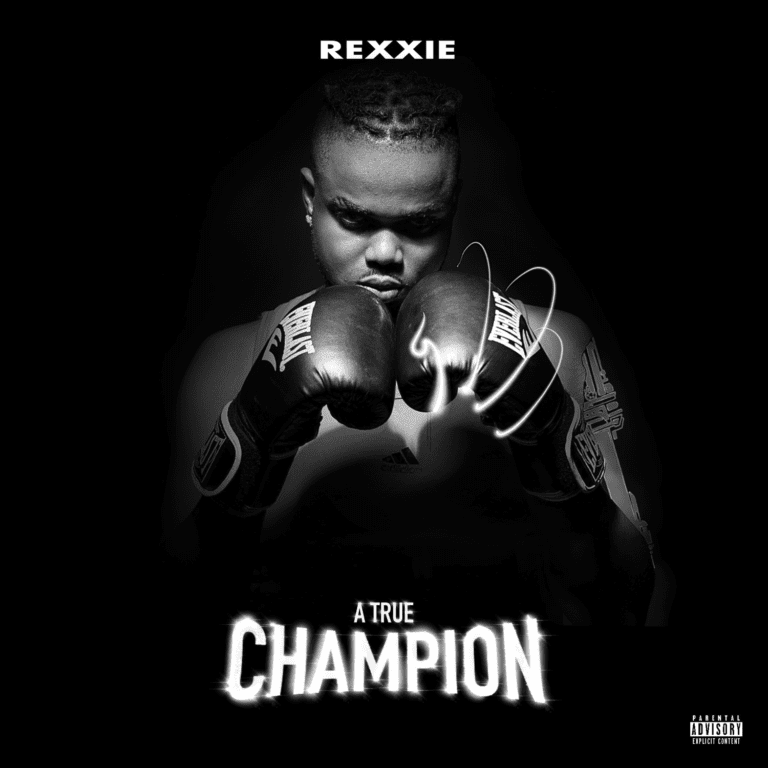 “A True Champion” Album, Rexxie – ‘No matter what you do in life , remember just like me, you’re a CHAMPION !

It’s been a beautiful journey creating this masterpiece. I put in my blood , sweat , and tears , finally , I’m glad to announce the release of my first studio album “A TRUE CHAMPION”’.

This body of work is a 17 track project with all tracks produced by Rexxie (PonDit), except Track 11 Co-produced by HORSH.

See A True Champion Album Track-listing and credits below

With credits like Chinko Ekun’s 2018 single “Able God” and Naira Marley’s 2019 hit “Mafo” to his name, Rexxie (born Ezeh Chisom Faith) has proven to be a talented producer and beatsmith capable of laying down both mainstream and niche street cuts, a feat he demonstrated on his 2020 EP Afro Streets. On his debut LP A True Champion, he flexes his chops as he employs the talents of a dynamic group of artists including Oxlade, Teni, Sarkodie, Davido, Naira Marley, Zlatan, Ms Banks, Kida Kudz, Bella Shmurda and more. “On this album, it’s more about me expressing myself in different musical lights,” he tells Apple Music. “It’s not just an Afro-street album. You’ll hear Rexxie in different genres, different vibes.”

“I want my fans to understand that they’re all champions,” Rexxie says. “I want my fellow producers to feel inspired and know that if I can move from being that street producer to someone who can actually have a proper project featuring a beautiful selection of Nigerian artists, everybody can do it.” Here, Rexxie takes us through his debut, one track at a time.

“Here I explain that, ‘Yo, I know that there are so many that are not happy with me and are not happy with where I am right now. I know there are people that act like friends, but you’re not really friends. But guess what? I’m not going nowhere. I’m here, man.’ Oxlade was my friend for a long time before I was even popping, and we understand this story. He recorded the song first, then I actually lost the song. In fact, half of the songs from my album were remade two times because I lost and misplaced all the data, the vocals, the beats.”

“So, I did ‘Mofoti’ three years ago, and Naira was not really feeling it because he didn’t know what to sing. So, ‘Mofoti’ from the word ‘I fear not’. Everybody has stumbling blocks they go through. ‘Mofoti’ is like, ‘I’m not scared.’ So Sarkodie came, gave his thing, elaborated on more on the story.”

“Asake just came to the studio and gave me 100, man. ‘Banger’ is just an Afro-piano banger, basically. As you know, Asake is always with the whole high-energy amapiano vibe. So we just gave them that kind of vibe. It’s just a banger that should just get people dancing.”

“I wanted to add a little UK feel. Kida Kudz killed it, basically. I wasn’t trying to just do one style; I was trying to just flex on different vibes.”

“My system actually crashed in October, and I was trying to drop my album in December that time, so I was really down. I didn’t just lose songs on my album, I lost so many artists’ projects. I started growing enemies from the fact that they couldn’t understand; some couldn’t believe my excuse; some just think that ‘this guy is no more good anymore’, or maybe ‘this guy has lost focus’. So I just needed a song, and God just gave me that song. I will always tell people that ‘Kpk’ was just from God, because it was just the explanation.”

“When I sent a beat to Moelogo, he sent back the chorus to me and it was just amazingly written. It’s just the typical guy singing for a girl, and it’s like, ‘Oh, I love your vibes. I don’t want to marry you, but I like you. And it’s your birthday today, so let’s turn up for you.’ Buju drooped a killer verse. It’s basically the typical Owambe birthday vibe; it’s a song you want to hear at a party while you’re waiting for your rice and all that.”

“I actually shared this idea with a few artists [in 2020]. I’m just happy that most of the artists are part of it now. Bad Boy Timz sent his verse and chorus; this was during corona time. And I just felt like, ‘Yo, this just needs a UK touch,’ and Ms Banks was riding with it, also. ‘Booty Bounce’ is a club banger for the girls to shake their booty, basically.”

“The story behind the song with Peruzzi was that there was an initial song before, but that went missing with my laptop and we had to remake another song, then we had to do something madder, and so we made ‘Hobby’. It’s a dope song. I don’t know how to explain it; it’s just a beautiful song.”

“The session with Zlatan was just crazy. When we are working together, everyone is filled up with so much energy. He’s dancing, his guys are dancing. I’m making the beat, my legs are shaking. So we gave them ‘Zanku 2.0’—this one comes with more energy, more ginger. For the dance floor, basically. The typical Rexxie sound.”

“Seyi Vibez is one very talented young artist. Despite the fact that I was trying to create a dope album, I wanted to also have the opportunity to promote some talents that I believe are really good. ‘40 Btc’ is just an inspiration for everybody on the streets, every hustler, everybody that wakes up with the mindset of, ‘Yo, what’s going on with this life? Will I make it?’ Or the ones that wake up today having money, and tomorrow they’re broke. It’s just trying to tell them that if you don’t have today, you’ll have tomorrow. So forget your sorrows, because tomorrow is another day with its own blessings. It’s that hustler song.”

“It was amazing working with Davido. I went to the studio to help someone else do a song featuring him, and Davido saw me and was like, ‘Yo, I have this song I wrote down, and it’s going to be the next “Jowo”.’ After, he didn’t say anything about the song for some time, till two weeks later when I sent him the demo of what I’ve worked on, and he’s like, ‘Wow, this is a hit. Do you want it for your album?’”

“Those are Marlian [Music label] artists, talented boys. ‘For You’ is a song for everybody that is showing me love. It’s a gratitude song. It’s an appreciation song to my fans, telling them that this is for you who show me love, for you that buy my song, for you guys that are my fans, basically, and for the loved ones. Because I’m a Marlian, and Marlian Music has a lot of amazing talents that I really want the world to [recognise]. So, with me having a project, why not use the opportunity to actually make this point? You hear MohBad on ‘Kpk’, so [it’s an] opportunity to help my guys and let them know they’re good.’”

Listen and Enjoy A True Champion Album below