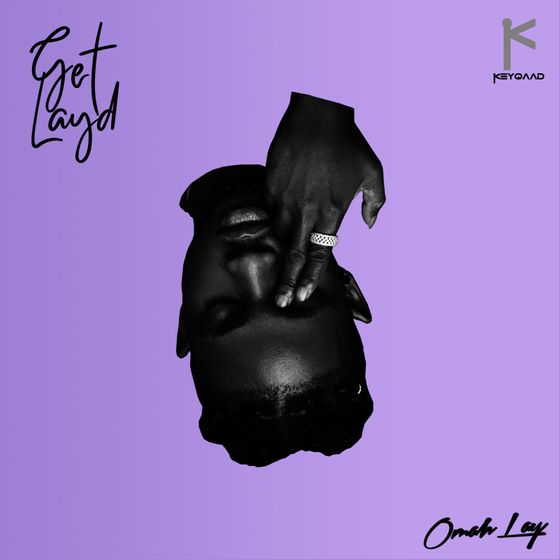 Just ‘cos Omah Lay recently surfaced on the scene doesn’t make him an overnight success. As Jeff Bezos put it, it takes 10years to be an overnight success. While Omah’s road to success might not exactly be a decade-long, it’s clear that the new kid on the block has done his 10,000 studio hours. He is only getting due attention now: about 1million YouTube streams in a matter of months, 100K daily streams on Boomplay, Billboard ranking.

Get Layd opens to a wavy ambience, as Omah Lay perfects an ode to his unconditionally loving gal, despite his complex character as “a bad boy who does wrongs” but fears God.” It’s this interestingly typical interaction which influences much of the music, amidst other influences such as sex and
substance. This feeling climaxes into a cathartic burst, “Damn.”

The EP combines a range of sonic influences, predominantly pop, RnB, reggae, and trap in a fusion that’s not entirely new, but feels refreshing regardless. Evidence of pop influence is seen on “Lo Lo” where the texture of the singing brings back memories of Soco, and on“Bad Influences” which shares the warm Caribbean vibes of One Dance.

Omah Lay indicates his knack for creating pop excitement using witty wordings. It might even be the unique aspect of his art – sensationalizing sexual scenarios in excitingly exclusive ways like “Love the boy from my Enugu down” and “Keeping it spinning like Lekki roundabout.” The range of O.L’s nomenclature for sex appears to be limitless as “Ye Ye Ye” proves. Yet, he shows it can be served either raw or conserved– however you want it.

Believe only some, not all of the hype: Get Layd isn’t his proof of talent – the preludes are – but a spectacle of its abundance. Omah Lay Get Layd turns his stream of youthful desires into sweet melodies leading to the delightful music experience. Three aptly descriptive words for the project: youthful, exciting, and promising.

The likes of Rema, Fireboy DML, Joeboy e.t.c are bringing something special into the Nigeria Afrobeat genre and Omah Lay is next up.

After his single called “You” Omah Lay joined the train of a new generation of young stars that have a different kind of sound which is wavy, groovy and also shooting up charts..

“You” is a catchy love song that is heavily influenced by Reggae, Pop, and Afro .. Omah Lay tales a sincere serenade of how madly in love he is with a girl that has turned and changed him in many ways, wailing I love, I love I love you in the hook of the song. With a sensational thrilling voice that will make the ladies sing-along, Omah Lay shows that he is the ladies’ man. From the sound and lyrics of the song, you can denote that he takes much after Jamaican singer Koffee, Gyptian, Drake and Burna Boy.

You can also perceive this influencers’ hold a lot more on other tracks like “DAMN” in which he painted a vivid picture with words of his runnings on the street and the love a girl has for him regardless of his wrongdoings. Omah Lay’ choice of words and delivery is one of the many prowess he flaunted on this track & another called “YE YE”, a trippy R&B X-rated track, filled with some beautiful imagery of how he likes to romance his girl. Also, the feel of his machoism as he screams Ye, Ye,Ye on the song hook and confidence he exerts in his sexuality makes him spectacular. With chords swirling in a simple cut, he goes all dirty talking like a pro indeed.

“LO LO” is Highlife-infused Afrobeat song that shows his Port Harcourt influence and his ability to be versatile. His vocals are one of his prominent skills and he showed that he has a way of captivating the listener with his voice ..

When it comes to how he uses his voice, you truly will appreciate the influxion on one of the biggest EP tracks that stood out for me; “BAD INFLUENCES”. The more Drake-que mild mellow Afrobeat, R&B & Highlife song is similar to Drake & Wizkid’s “One Dance”. This one is a song that can easily gain international attention and make numbers in streams.

Oma Lay still has a lot to prove since there is much to a great Artist .. although he shows promise on this Get Layd EP as a singer that can make good songs, he has to step out of his comfort zone and try other waters .. Get Layd will appeal more to certain demographics and over time, he will have to wave in his style to the popular Nigeria music trend to garner more acceptance.

Oma Lay is a promising artist and he might nab the next rated award this year, Get Layd is a good body of work with replay value. 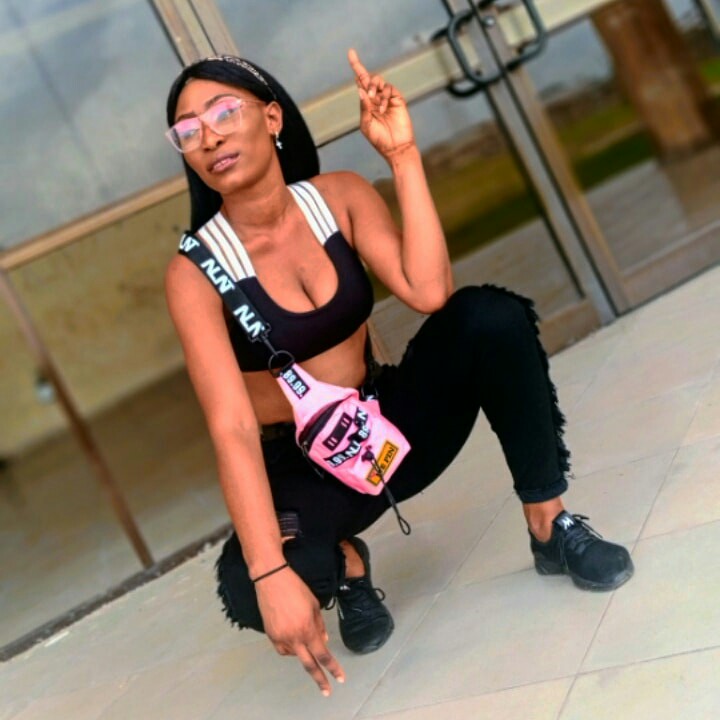 Popurlar music act Moureen Godsave best known as Lily Cruz hails from Sagbama LGA, Ossiama Town Bayelsa State in Nigeria.
She was born and brought up in Bayelsa state capital Yenagoa.
Lily Cruz started chasing her dreams at the age of 14, she was once a basketball player in Patriot Academy where she was playing for a short time and later had to quit cause of some educational challenges.

She started her music career at the 2019 and she was about 17 years old by then. she released her official single that same year tagged MY PLAN, which was a nice song and was so inspiring. She after then got featured by Lil Kiss on a song tagged DON’T GO.

Listen to DON’T GOhere
Listen to MY PLANhere 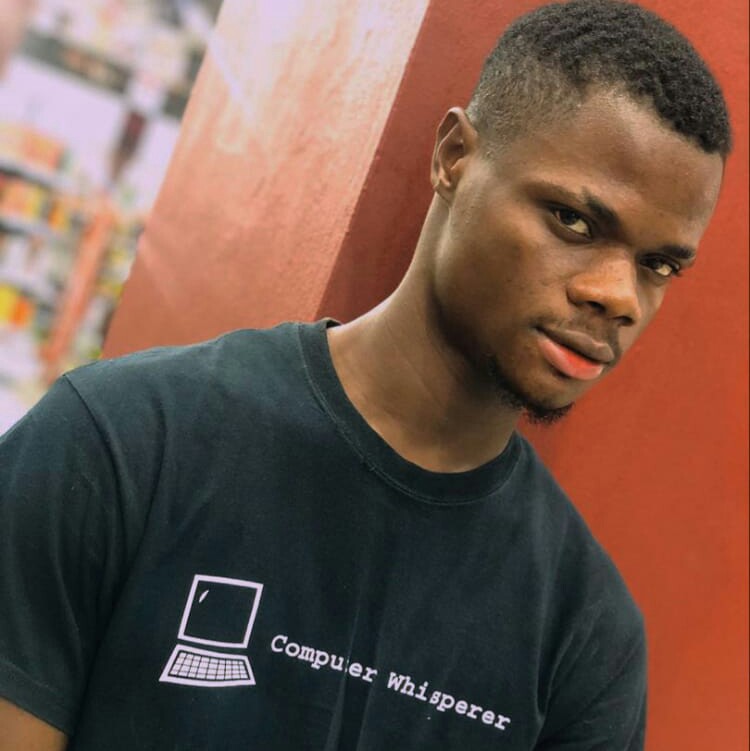 See details below by Mr Legend :-

My name is Godswill Ozubide, popularly known as Mr. Legend, I’m as versatile as any artist can get. I started writing songs since I was 17, officially started doing music 2019. Since then I’ve released a joint Mixtape with Kvng Kila, released 3 official singles and also featured in so many songs, one of which was the Track 2 of Chiff Timz Den Lionz album in 2020. Asides being a Solo Hiphop artist I belong to a Gospel Music group called Re_Al Living Legends, we are based in Bayelsa and we comprised of a Male rapper/singer (that’s me) and my best friend a female rapper. Together we’ve released some songs and hosted a Gospel music concert in the year 2019 in Amassoma. I’ve worked with several artists which includes: Atibo, M_Style, Toby Rein, Derickroy, Bravoprinz, SKD’ee, Keezy Kient, KvngKila, She’x Jay, BenBizzy. veteran rappers Pakiss 10 and Chiff Timz. Etc.

My music is basically different from anything ever heard from this part of the world as I hope to tell my story of struggle and pain as well as paint a picture in the mind of my listeners. I hope to inspire young folks to keep steadfast and chase their dreams while putting their trust in God.

The singer released his debut single tagged SEATED ON THE THRONE recently on the 25th April 2020.

Listen to SEATED ON THE THRONE by INADOR below: