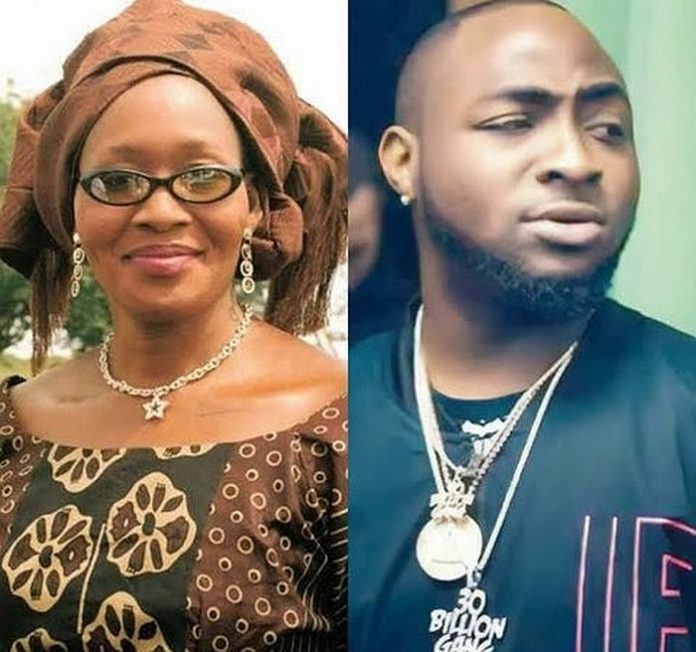 Following Davido’s leg injury that has restricted him to the use of crutches, Controversial journalist, Kemi Olunloyo has taken to twitter to reveal her wish for the 27 year old.

According to Madam Kemi, Davido will soon use a wheelchair instead of crutches.

Sharing pictures of Davido moving with the crutches, Kemi wrote; 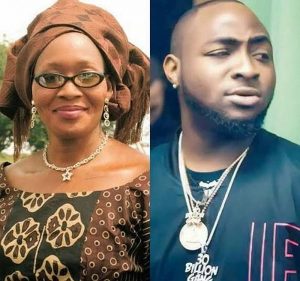 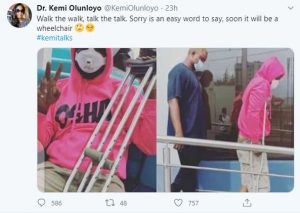