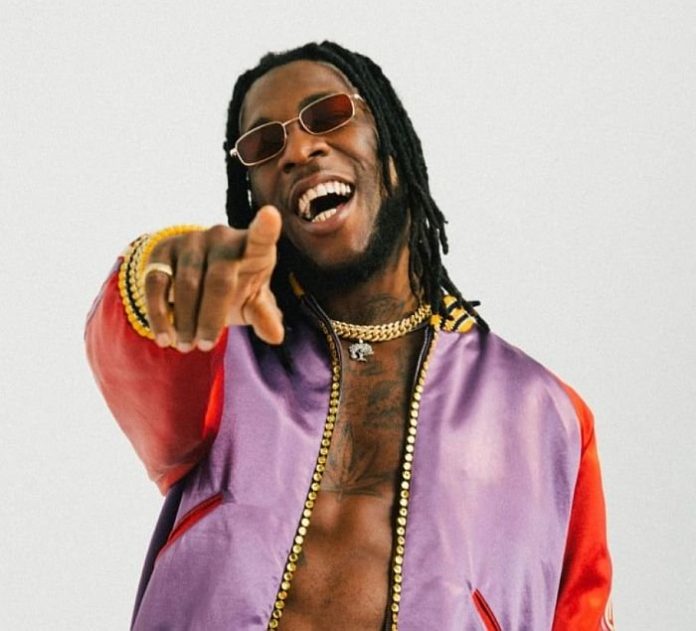 Self-proclaimed African Giant, Burna Boy, has reacted to reports that he is worth $3.5 million.

According to a Forbes report, Burna Boy was said to have a net worth of just $3.5 Million but Burna Boy took to Snapchat to brag about the fact that he is worth more than that.

According to Burna Boy, his cars all together worth more than $3.5 Million and by the time he was recording his verse on AKA’s 2014 “All eyes on me”, he was on that $3.5 Million levels.

Read what he posted below:- 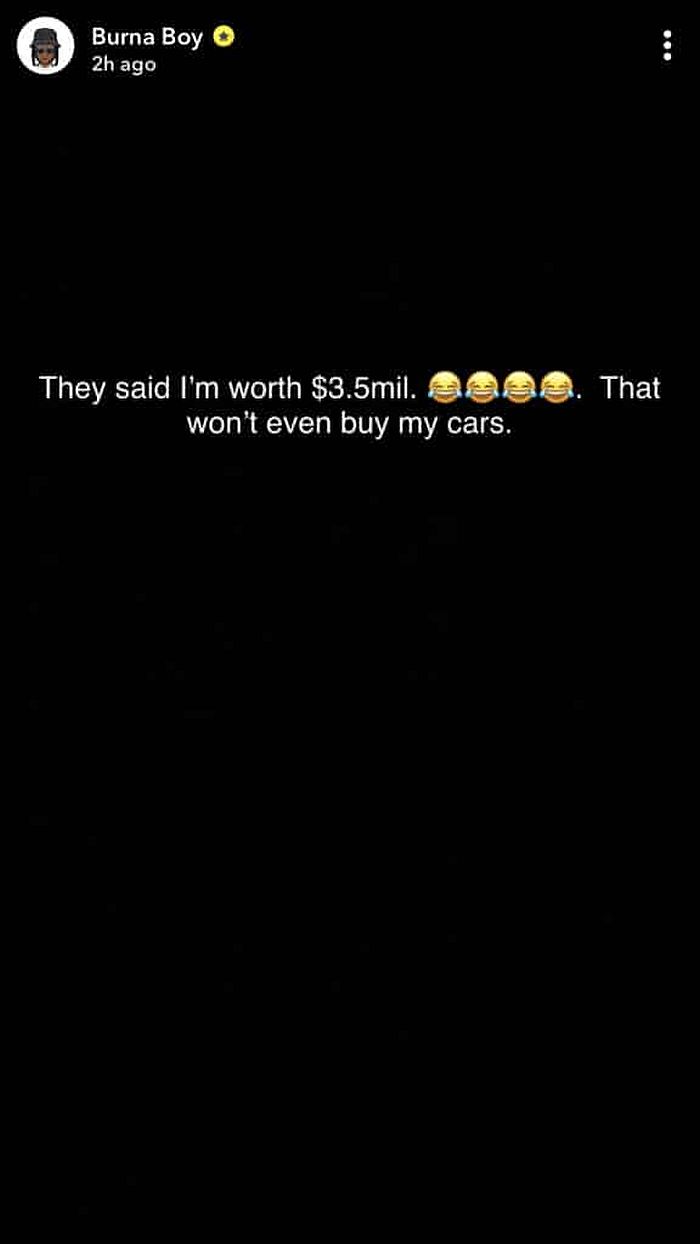 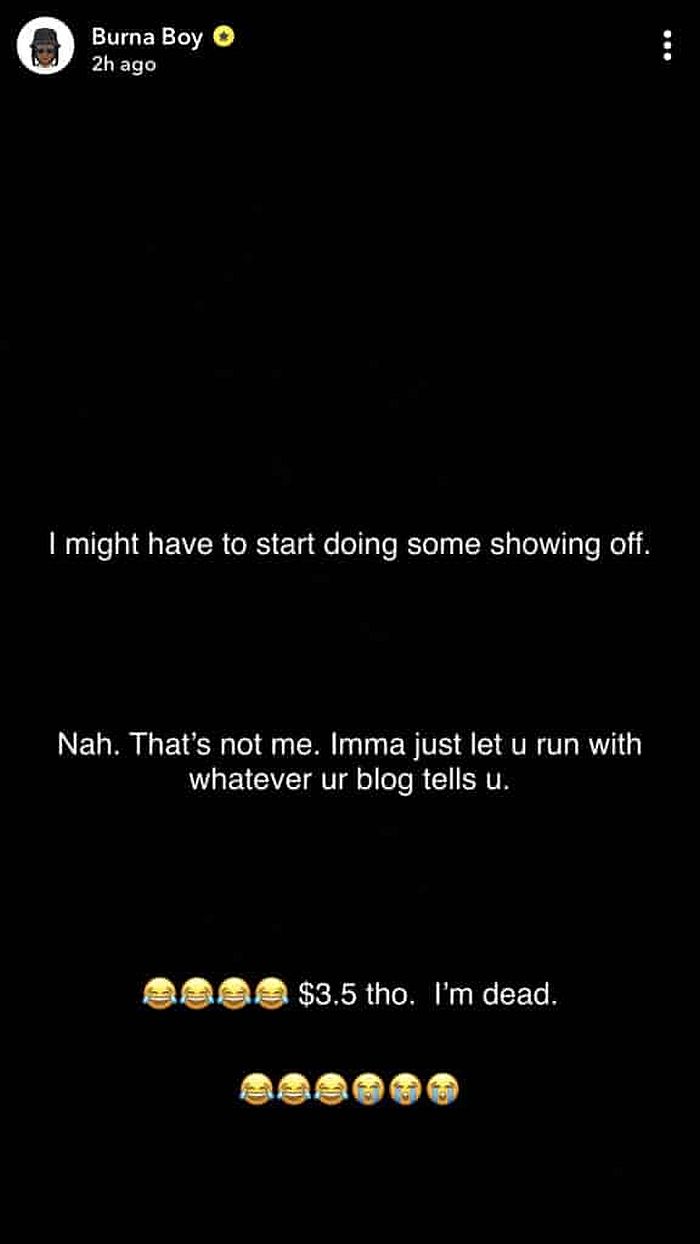 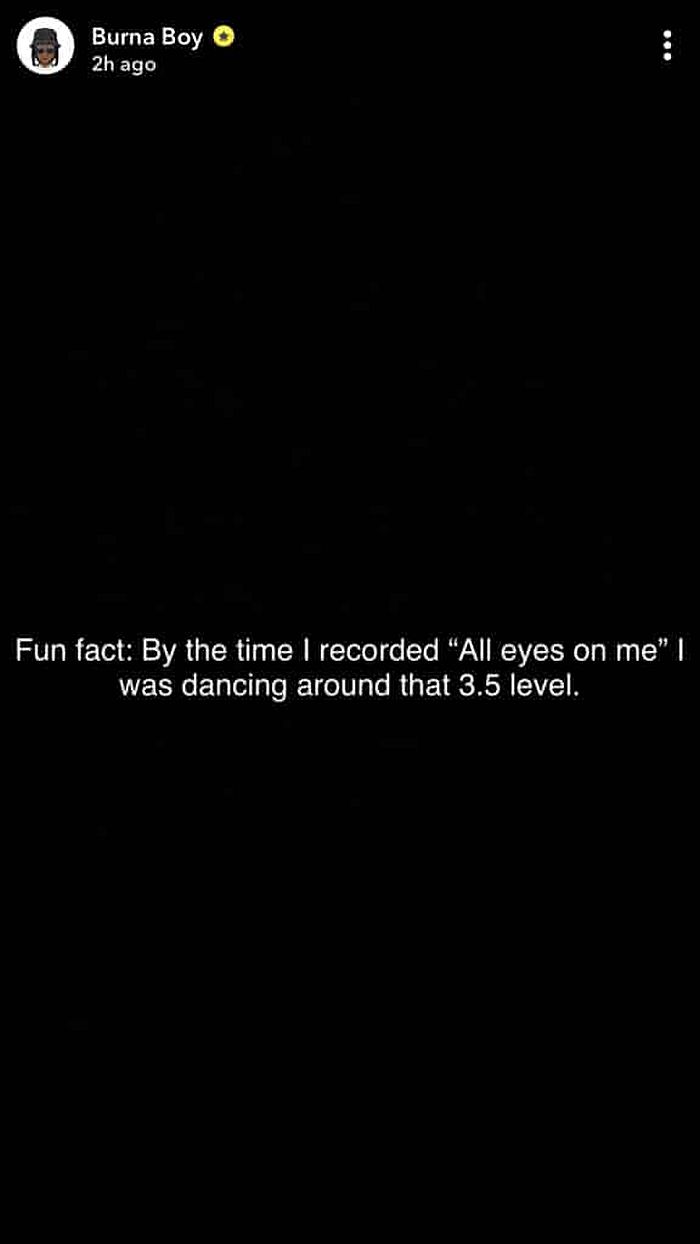