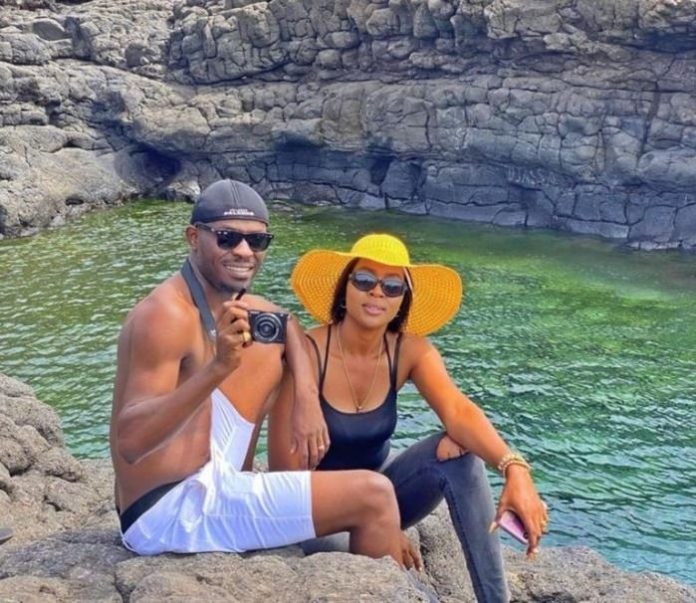 Freedom Okpetoritse Atsepoyi, popularly known as Mr Jollof has stated that his wife is more beautiful than OAP Toke Makinwa.

The outspoken internet sensation and media activist, who is currently on vacation in Cape Verde with his wife, shared a lovely photo of them having quality time.

However, a fan brought to attention, the striking resemblance between the comedian’s wife and Toke. Taking to the comment section the fan identified as @mollybee wrote:

“Why your wife come resemble Toke Makinwa like this 🙅”

Reacting to the post, the warri born comedian corrected him saying his wife is more beautiful than Toke Makinwa.