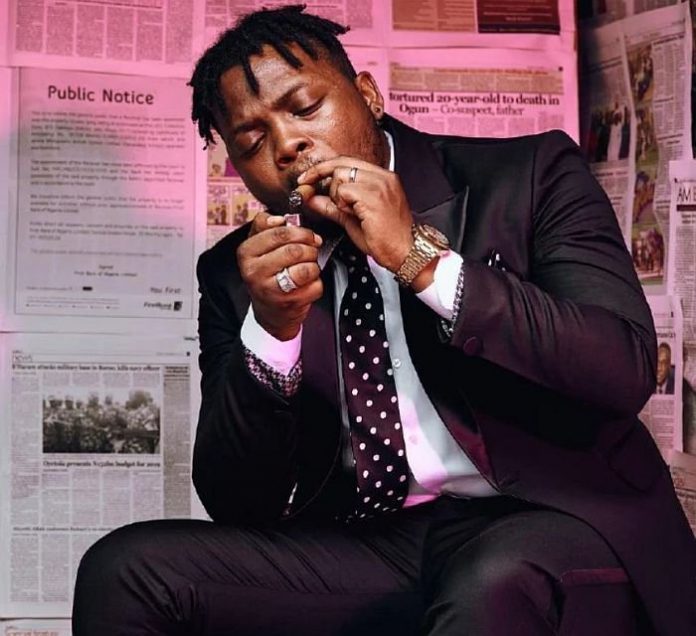 The extent to which people go just in order to catch a glimpse or take a selfie with their favourite celebrity is unimaginable.

It is in light of this that a yet to be identified Lagos big rudely mounted the stage while popular singer Olamide Adedeji simply known as ‘Olamide‘ was performing at a recent concert.

Olamide, who was performing a ‘Shaku Shaku’ song at the time was taken aback as he was interrupted from his performance.

A close-by bouncer then walked the star-struck Lagos Big Boy down the stage while Olamide continued his performance.

Watch the video below:-