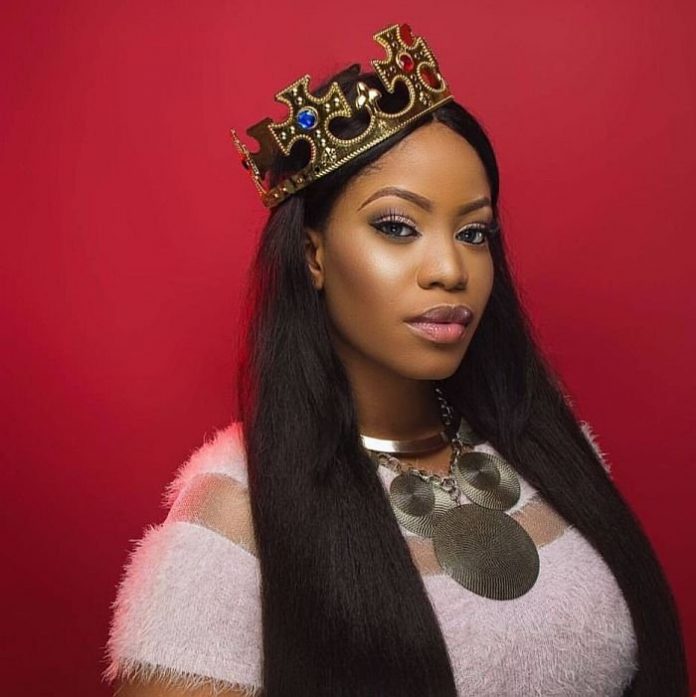 Reality TV star, Eriata Ese has taken to social media to disclose the major reason why she doesn’t really fancy flaunting her life on the gram.

In a post she shared, Eriata Ese stated that she decided to reduce her time on social media because she gets much peace in reality.

She also mentioned that it makes no sense knowing you are rich on social media and dead broke in reality.

Read what she wrote below:- 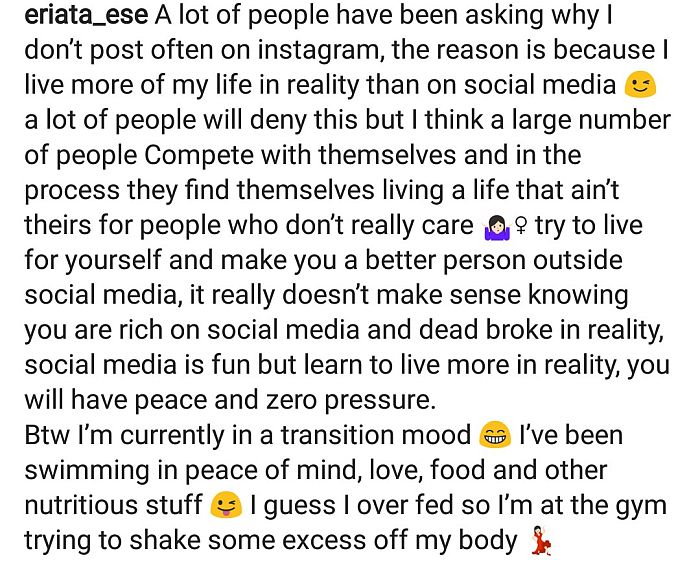