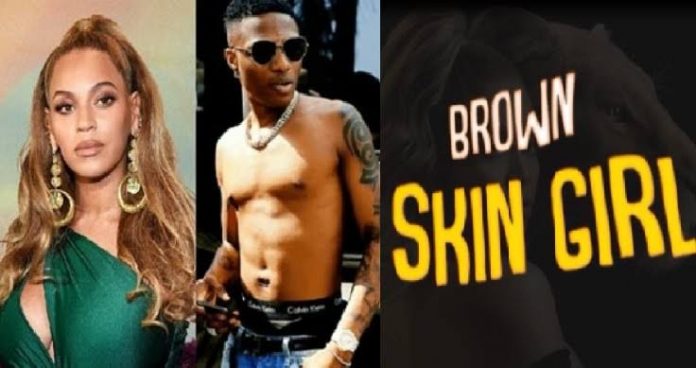 American superstar Beyonce has reportedly submitted her album for the 2020 Grammy Award nominations – The submission features her Brown Skin Girl single with singer Wizkid – Nigerians have reacted on social media with many expressing that Wizkid may win a Grammy Award Social media is currently buzzing following reports that American singer, Beyonce Knowles Carter, has forwarded her official 2020 Grammy Award submissions. It was gathered that Brown Skin Girl from The Gift album, which features Nigerian superstar, Wizkid, Blue Ivy Carter and Saint John, was reportedly sent in to be nominated for the Best Pop Duo/Group Performance for the award show which is scheduled to hold in 2020. Reacting to the reports, several social media users and lovers of the Ghetto Love crooner took to the microblogging platform, Twitter, to speak about the possibility of the singer winning a Grammy  Award.