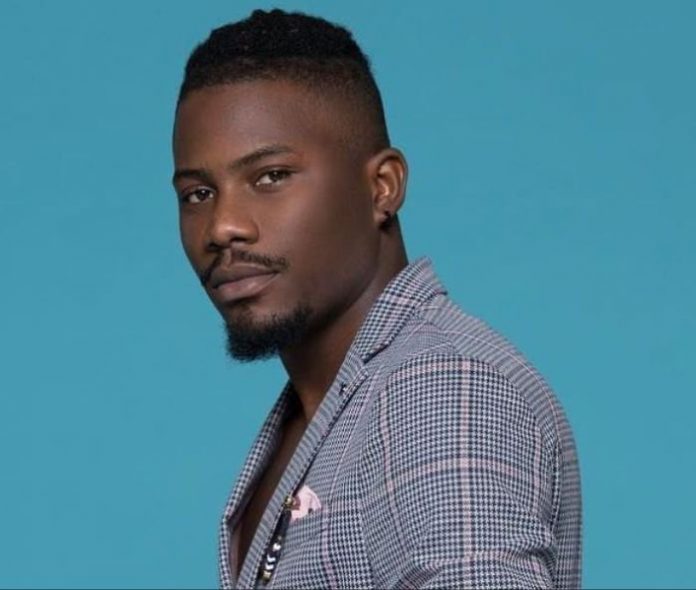 Nigerian rapper and singer, YCee took to his Instagram account to rant at the boss of his former label, Tinny Entertainment for not paying his artists – amongst other things.

The person in question is Timilehin Arokodare, popularly known as Small Tinny. His label was home to acts like Ycee, Dapo Tuburna, Damilare and Bella Alubo.

“So the CEO of TINNY ENTERTAINMENT took to his Instagram page yesterday to show gratitude for 100million plus streams (across all platforms) and this was brought to my attention, which left me confused because the post as seen above was accompanied with the caption “Grateful” and the handle of the label and no mention of the artistes whose content generated those streams. 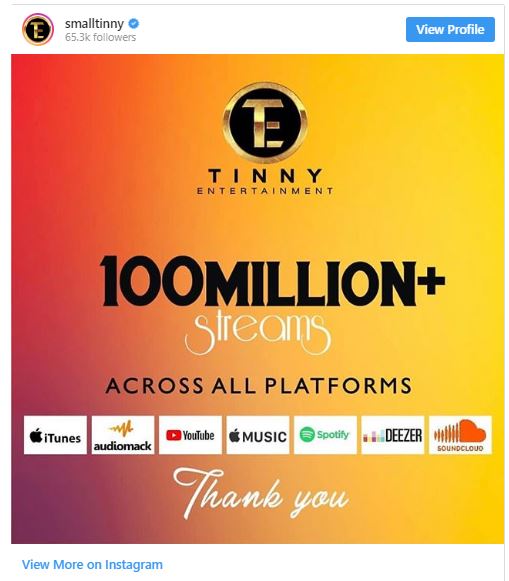 “LET IT BE KNOWN TO THE GENERAL PUBLIC THAT NOT A SINGLE DIME GENERATED FROM THOSE STREAMS GOT INTO THE POCKET OF ANY OF THE ARTISTES RESPONSIBLE FOR THE CONTENT THAT GENERATED THOSE STREAMS AND TO ALL THAT HAVE MADE CONGRATULATORY COMMENTS ON THE POST, THE ONLY THING THE CEO IS GRATEFUL FOR IS THE FACT THAT HE HAS YET AGAIN, SEEMINGLY GOTTEN AWAY WITH PROFITING OFF OF OTHER PEOPLES SWEAT (like he has been well known to do so many times in the past)

“I have been silent as I have quietly been focused on rebuilding my life and career and also out of respect to my previous employer but he in turn has not accorded me that same respect.

“Actions ranging from attacks on my reputation by spreading falsities about me, saying I betrayed him by leaving his label (knowing fully well the terms on which our business relationship ended) to leaking my music which he absolutely has zero rights to release but unfortunately happens to possess in order to delay and destabilize my debut album release.

“Before anyone asks why I’m doing this, it is simply to protect any other artistes from suffering the same fate and falling into the hands of this manipulative and delusional human being.

“I have spent the most part of the last 24hours on set shooting the first single off my album and I am going to get some rest at this juncture so nobody should call my phone. Thank You.”

See his Y Cee’s reply to Tinny’s post below:- 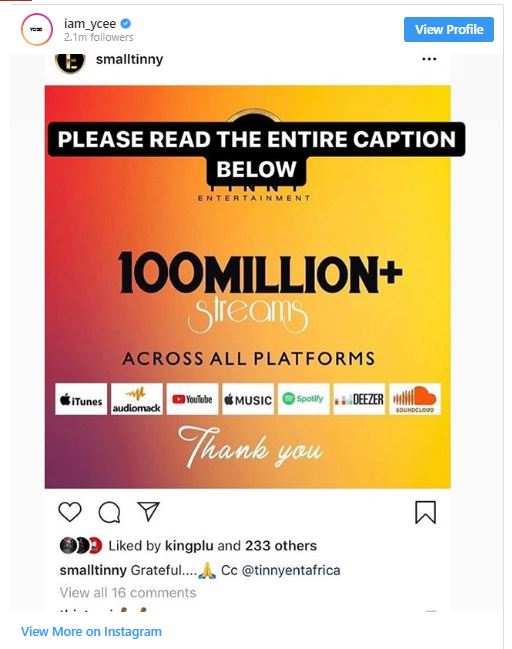 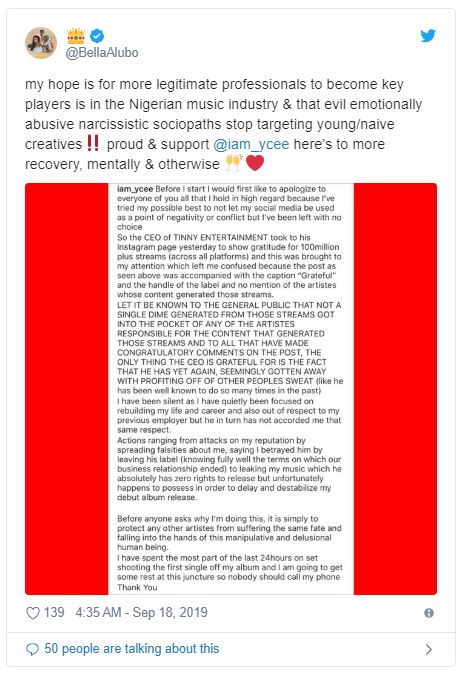 What caused the rant?

A day prior, Small Tinny took to his Instagram account to celebrate 100 million streams from music owned by his label – including those recorded by his former artists.

In the middle of January 2019, YCee took to Twitter to announce his exit from Tinny Entertainment. 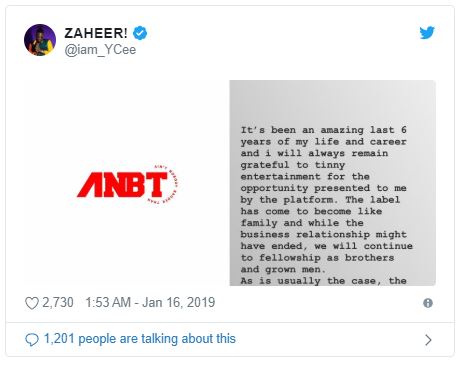 He announced that he terminated his contract with the label in September 2018, but still called it things like “home” and “family.” Speculation inevitably began about YCee’s reasons for leaving Tinny Entertainment, but after months of rumours, YCee has finally spoken his mind.

All this comes after YCee announced that he will release a 15-track album, YCee vs. Zaheer.