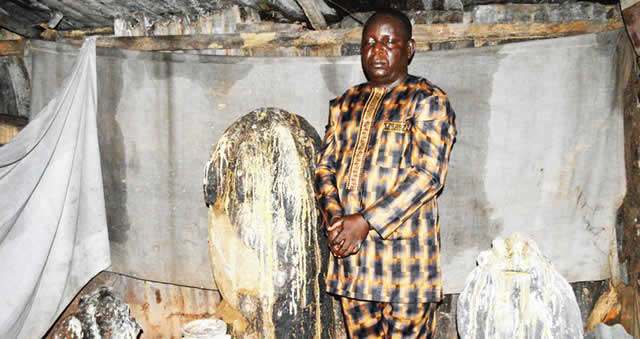 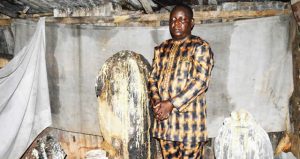 The Economic and Financial Crimes Commission, Ibadan Zonal Office, on Tuesday, arrested a suspected fake native doctor, Fatai Aliu, for duping people on the pretext of possessing spiritual powers to solve their problems.

Aliu was arrested by the operatives of the commission during a raid on his residence on Kisumu Estate, Odo-Ona Elewe, Ibadan.

Before his eventual arrest, the commission said it had worked on several intelligence reports linking the suspect to a series of fraud allegations involving large sums of money.

He was also accused of engaging in money doubling through which he allegedly collects money from his victims with the promise of using his spiritual powers to multiply the sums, but instead diverts the funds to his personal use.

The raid led the EFCC operatives to Aliu’s shrines located in a thick forest around the Ibadan-Ijebu-Ode Road and Kobomoje area of the town, where many voodoo items were discovered.

Aliu was also said to own three luxury buildings within Ibadan, while land documents were also recovered from him.

The suspect is currently undergoing interrogation.